Poor Indian media, got slammed for it's simple carelessness.  Everything was going well, and look, what a mockery they have made out of themselves.  I had actually even updated my FB status, thanking Indian media for the initial Earthquake coverage.  It was overwhelming and was appreciable.  One week from then, we now have Twitter trending "#gohomeindianmedia.

This all may look conspiracy for shallow mind but reality is, this is not the first time, Indian media being slammed.  They have been slammed inside the home and outside the home, and every time, it's about insensitiveness, arrogance, ignorance, hypocrisy, and lack of professionalism.

Here is my own case-to-case observation.


I generally don't watch hindi channel, but then sometime I accidentally happen to pass by this channel while shuffling around the channels.  One day as I was checking the channels, a tone of a reporter from Aaj Tak just grabbed my attention.  His tone was in panic, his eyes were wide, face was colored with anxiety, and he was constantly shouting and shrugging his shoulder with an amateur animation on sidebar.  Then in a minute, I learned all he was reporting about was "Operation Osama" that happened 3 days back.  I was like, "chill dude, you are still in your studio, why are you pretending to be panicked on news that happened days ago?"

This is just one out of hundreds of examples on how hard they try to fake emotions to sensationalise news.  I never see such exaggerated emotions, unrealistic expressions, and insensitive questions and concerns from western media.


I was in office and watching the live broadcast of Mumbai Attack reporting.  I asked a friend just to be sure if these whole things were truly live because these reporters were going to police asking them the strategy, telling the audience what all ways possible to enter the building, same time showing the building animation and flashing interior and exterior of Taj hotel and all the possible strategies that could be executed.  I asked my friend, "are these people stupid?  What if terrorists inside too watching this?  What if they change their strategy based on these hints from media?"  Couple of days after the incident, I could see everyone slamming media for their irresponsible reporting.

It really gives me goosebumps sometime to see these reporters trying to speak their nonsense with the attitude of expert.  Reporters are generally, 99% of the time, are nothing but Jack of all trade, but camera and mic and live in TV put them in illusion of being an expert.


Mr. Arnab Goshwami...Ah! Probably, no English-speaking Indians are there that don't know this furious man.  He is known for all good and bad reasons.  I used to watch (in fact tolerated) his Newshour show during the Colgate scam.  I am regular viewer of "Morning Joe" of MSNBC and when I was watching this "noise" show, I was like, "is this what they call debate?" Newshour Debate is more like "News-Our."  You-Shut-up-and-agree-to-me attitude could not hold me long.  Since then, I haven't gone back to that show, because it's less of Newshour and more of "Noisehour."

Arrogance is ruining Indian media.  In this YouTube era, getting captured in camera and getting voice recorded in mic is no big deal.  Yes, there was a time, to appear in a TV, was big thing, but it's not same anymore.  There is nothing great about seeing a fellow human in TV or in screen unless there is something worth listening to, something worth learning from.


I don't want to name anyone here since no one is yet convicted by court, but one thing for sure, smoke didn't come without a flame.  Indian media has been used heavily for PR, are politically motivated, many times are compromised for monetary benefit, and sometime they just get into controversy out of nowhere because of trying to be good with those in tie and suits.

Money matters, undoubtedly, but Indian media should live within it's limit.  It's India, not US.  Market is still small, audience is still less, revenue is still limited, gotta live with that.  Over time, along with the development of India, things will be fine.  Just build a foundation, rest will be taken care as the time passes by.  Why hurry.

Times Of India And Deepika Spats


Many online readers call them Toiletpaper of India, but I find them still better than many other popular newsportals from India; however still long way to go before calling them same as NYT or WP or BBC.  Deepika Controversy, as you may remember, happenend when TOI hypocritically and ignorantly commented on Deepika's dressings and by trying to defend itself, it ended up looking like an apathic fool.  Hypocrisy, ignorance, and apathy is what Indian media are still in, and are yet to evolve from.

So my free tips to Indian Media and also for those Nepali media following the footsteps of Aaj Tak and all,


Media is a grenade powerful enough to change the world, and mediaperson is the soldier.  Don't play with grenade if you ain't a soldier -- You can burn your hand, blow yourself off, fail your mission, and fail your country. 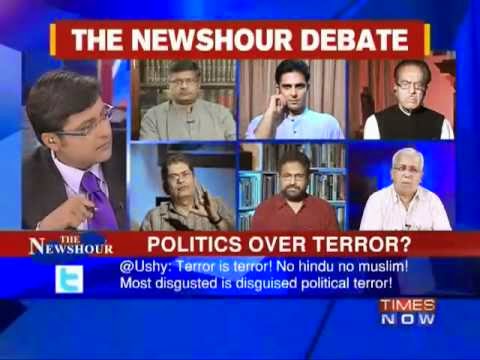