ROADS: Where Nepal’s limited economy is getting dumped like a garbage!

Disclaimer: Articles in this blog are writer’s individual opinions and not in any way represents any organization or the opinion of any 3rd person. Every fact is individually researched and stories are the result of personal observations. Resemblance is purely co-incidental. These posts do not intend to hurt sentiments and provoke chaos. The sole purpose of these articles is to share personal experience and to create a source of reliable information and inspirations.


The articles in this blog are not meant for re-publishing without the consent of the writer. Any such activity shall be dealt in accordance with the law. 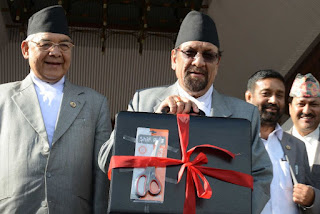 Recently, Government of Nepal released a budget of NRS. 819 billion. No doubt, it is not a great budget, because the country just has woken up from the catastrophic earthquake and we have an avalanche of infrastructural and social problems to solve. We are a poor country and that is why we have every reason to believe that this is the best we could get. However, this limitation of economy does not frustrate me. What makes me worried and concerned is seeing this limited resources getting dumped like a garbage. Yes, you heard me right. Dumped like a garbage! I am going to share with you a story which shows that how our limited money is being miss utilized in the name of development.

At some part of Nepal, some government authorities (for some reasons, sorry cannot disclose the exact place here) took up a project to build a road to connect some VDCs to the district headquarter. Appreciated work! When the phase of implementation began, this road was given in a contract package spending about NRS. 5 million.  Because roads cannot be built in space, lands had to be used, some cultivated and some with settlements. In case of local roads, there is not any provision of paying compensation to the people who lose their lands. So while this road got built, some people lost their lands. Accepted! Because it was about prosperity, it was about stepping up towards newer dimensions of change, and everything comes with a price. But what if, after paying the price you do not get the promised results? The construction of this road is now completed but you cannot see a single vehicle running along the length of this so called ‘Feeder road’. Why? When we build roads, there are some engineering standards that needs to be strictly followed, especially while building hill roads. The ruling gradient in hill roads must be 7% which means slope, where for every 100m length there is a rise of 7 m, and the maximum permissible gradient can be 12% that too for a controlled length of 400m. So, I happen to walk in this road personally and I can bet that there are places where the gradient of this road has reached up to 22%. Imagine the steepness! Not in any way can the routine automobiles climb these steep slopes. So, did they spend millions of rupees to construct a comfortable path for donkeys? If so then we should probably be a very rich country that even our animals are getting so much of extravagant treatment. If not then a very serious question gets raised here? Why build such kind of road which cannot be used and even used is very unsafe to operate? The root of the problem is obviously corruption. Every year these development authorities of the country get millions to spend on development activities. Without bringing the project on ground this money cannot even be touched. So in a hurry of using the allocated budget, projects are planned and designed very weakly, such that it can quickly be implemented escaping many technical, social and economic hurdles. The effective implementation consumes more money and time, creating hurdles for the corrupted government officials to make money. So in an attempt to make money out of the every allocated budget a reckless approach is taken which gives a rubbish result

So, did they spend

millions of rupees to

construct a comfortable path for donkeys?

Not only is this the wastage of limited economy,lands of the poor people are also destroyed in such irresponsible and corrupted works.  Innocent farmers who are completely unaware that the road meant to be their escape route from poverty has actually turned out to be a ditch, trapping them again in the same darkness. This is just a drop of example out of the ocean of corruption into which our country is sinking every single day. Out of 50,000 KMs of district roads, only 12,000 KMs are in the operable condition, and this is just the district road I am talking about. Imagine what would be the result if we add National Highways, Feeder Roads and Village roads. Adding to it, what would be our infrastructure development inefficiency if we add hydropower, irrigation and other areas? I just don’t even want to think about it. Because I am sure the result will make us all cover our faces with shame in front of the world community.

With poverty comes a responsibility to utilise the limited resources in the most effective and efficient way. Have you ever heard about any poor family throwing their hard earned income to the garbage? That doesn’t make sense right. Then how can a poor country afford to be so reckless in spending its hard earned budget. Or maybe, we are poor because of the recklessness that are done in spending the budget. If so, then how do we get out of this vicious circle? Frankly speaking I do not know! We have every kind of department with a great structure to carry out the entire development works of the country in an effective and transparent manner. We have Planning commission, Anti-Corruption Bureau, Ministry of Federal Affairs, District Development Offices and what not.

Have you ever heard about any
poor family throwing their hard
earned income to the garbage?
That doesn’t make sense right.
Then how can a poor country
afford to be so reckless in spending
its hard earned budget.

So, where is the loophole then? The loophole is probably in our culture. The culture of accepting corruption, tolerating it and letting it happen everywhere. And for that to change, the entire system needs to be upgraded. Thus bringing this to the same conclusion ‘Improvement in the country’s politics’. Until then I guess, we shall have to get used to this bitter truth of our limited resources being dumped like a garbage. To people seeking answer of why our country is not developing. I think you got your answer. Money is not being spent on development, it is being thrown into a garbage. I am worried that if the trend continues then one day we shall be a nation of trash accumulating mountains of dumped infrastructures which cannot be used. And there we shall all be lost into the darkness of a failed economy. May that day never come! 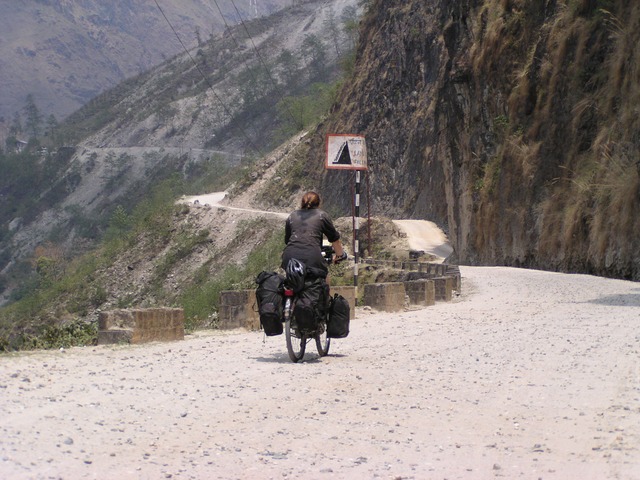