After prolonged thought and learning about caste system, I have reached to a conclusion that I believe is the accurate way of understanding caste system and casteism as it is.  My perspectives are based on these certain facts.

There are two main components behind the social stratification in Hindu society.  Verna and Jati (jaat).

Verna: Varna may be translated as "class," and refers to the four social classes which existed in the Vedic society, namely Brahmins, Kshatriyas, Vaishyas and Shudras

Jati/jaat:  Jāti may be translated as caste, and refers to birth. The names of jātis are usually derived from occupations, and considered to be hereditary and endogamous.

Also, I learned that, Dalit is totally different entity.  It historically excluded from the varna system altogether, and are still ostracised as untouchables.

What is Jati/Jaat?
Jāti is the term used to denote the thousands of clans, tribes, communities and sub-communities, and religions in India and Indian subcontinents (Hindu society). Each jāti typically has an association with a traditional job function or tribe.

Many people don't like to admit that social stratification was perpetuated by Veda itself.  Admit it or not, all this was begun by vedic society (The concept of Varna is generally traced to the Purusha Sukta verse of the Rig Veda).  However, intent was good and it had no bad intention then.

The aforementioned claims are not mine.  Those are gathered around from the Internet, and here is what I understood about caste system and how the casteism came into play over time.

First things first, as you have learned now that caste is nothing but jati, thus it should be understood from concept of jati itself and should not be mixed with Verna system.  By which I mean, when we say casteism, it's about caste (jati) and Brahmin is not jaat; It's verna.

Very confusing right? I mean Sharma, Parajuli, Sapkota, Dahal, aren't they Brahmin and thus Verna? then why they are called Bahun (Brahmin) jaati? Are they Jaati or Verna?

To understand this complex thing, you should go to other community and look at their social structure.  Let's take Newar community.  Who are top on hierarchy? Shakya and Bajracharya.  They were actually from Brahmin Verna.  See above what Brahmin Verna means.

Let's come back to Sharma, Parajuli, Nepalese Bahun.  Heard about Upadhya Bahun?  They are ones who do pooja and all.  Not all Bahuns are priest.  So, Upadhya were from Brahmin Verna.

I know, I know still confusing.  Now, here I will give a final blow against all the confusions.

Two Village:  One is full of khas (Bahun type).  Another full of Newar.

These are two different society but both are Hindu society and thus are structured in same manner.  Both villages have 4 Verna.

Khas Village 1:
Brahmin Verna:  Upadhya and Paudyal and kinds who are into teaching and priest role.
Kshatriya:  Basnet and Thakuri and Thapa and kinds who are like Mukhiya, army, security role.
Vaishyas:  Upreti and all, who are mostly doing agriculture and shopkeeping and all.
Shudras:  Biswakarma, Pariyar and all who are doing tailoring and metal works and all.

Newar Village 2:
Brahmin Verna:  Shakya and kinds who are into teaching and priest role.
Kshatriya:  Malla and kinds who are like kaaji, army, security role.
Vaishyas:  Manandhar and Shrestha and all, who are mostly doing agriculture and shopkeeper and all.
Shudras:  Sahi and Deula and all who were doing butcher, tailoring and streetsweeping and all.


Hope, you are clear here now about Verna that was followed by 1000s of kinds of jaati (caste) falling into each Verna.

These two villages overtimed merged, along with other villages from different races and ethnicities but of similar hindu social stratification and formed a bigger form of society, that is called country.  In our case, Nepal was born.  thousands of Jaatis (caste) from Vernas of different communities, mix-match, kitch-katch, and here we are with TWAAA Face...

Is the issue in this society is Verna (class) or jaati (caste)?

But then, why everyone call it casteism and not classism???


There lies the holy grail.

This much for today.  I will answer to those questions in next post.  Also, I will tell you how caste were born  and how the discrimination came into picture and who to blame.

For now, just remember Brahmin/Chettri/Vaisya/Shudra are four class and under each class, there used to be 100s of caste "jaat" (I said used to be for reason).   Rest in next post.

Oh, wait one more thing.  In classic definition, Damai, Kaami, Pode, they are not DALIT.  I also just learned about it.  You see, we all are so ignorant in so many aspects of life, whereas should be the MUST KNOW THING. 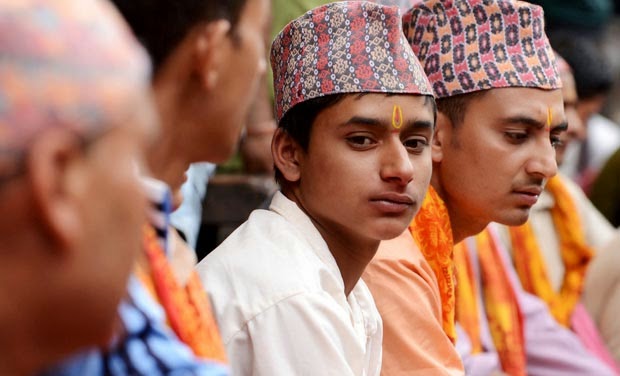